This  important and highly recommended statement by Dr. Norman Finkelstein was supposed to be published earlier but I totally forgot about it due to the unusual circumstances we are going through right now in Egypt.
Last May I attended his lecture in the American university of Cairo and that was one of the most informative and important lectures about Israeli/Arab conflict I've ever attended.

If you are a westerner and interested in getting to know about this conflict from a perspective of a Jewish American who's parents died in the Holocaust you have to know more about this man.

In a lecture that linked Egypt’s revolution to the balance of power in the region, the renowned American academic Norman Finkelstein painted the clear fear change will induce in Israel
Osman El Sharnoubi, Wednesday 18 May 2011
The American political scientist and author Professor Norman Finkelstein, an outspoken critic of Israel, gave a lecture Monday night to a packed auditorium at the American University in Cairo, a day after he demonstrated with Egyptians in front of the Israeli embassy in Giza on the 63rd anniversary of the Nakba.
Finkelstein, the author of The Holocaust Industry: Reflections on the Exploitation of Jewish Suffering, started the lecture by speaking about Israeli aggression towards its neighbours in the last five years, starting from Hezbollah’s victory against Israel.

Finkelstein moved from this defeat to tell a narrative of Israel’s belligerency in reaction to this defeat, using the Israeli invasion of Gaza in 2008, the ensuing blockade and finally the attack on the freedom flotilla, the Mavi Marmara as illustration.
Through such accounts, Finkelstein presented to the audience why he views Israel as a rogue state.
Presenting facts and testimonies, Finkelstein refused to label what happened to Gaza in 2008 as a “war,” insisting that what took place there was a “massacre.” Presenting Israel’s excuse for this massacre as false, for Hamas did not provoke this response from Israel, he moved on to the real reason for the operation against Gaza. Israel, smarting from its humiliating defeat in Lebanon in 2006, wanted to display its military might.


In the same way, the professor undermined the reasons for the Israeli blockade on Gaza, saying that preventing weapons from entering Gaza did not necessitate banning chocolates, potato chips and baby chicks from entering.
He sees the blockade as a form of collective punishment on the Gazans for choosing the wrong leaders in the 2007 elections – Hamas. 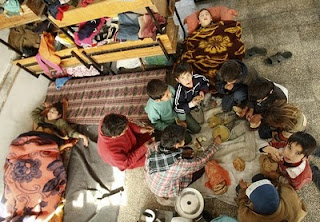 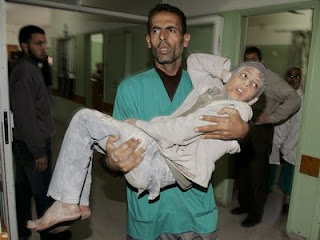 The final, and most important, part of the lecture covered the Egyptian revolution and its impact on the Israeli-Palestinian conflict.
Posing as a starting point the question of whether or not the revolution would threaten Israeli security, Finkelstein delved into Egypt’s history with Israel since 1952, shortly after the occupation of Palestine, following the free officers’ coup and the revolution that immediately followed.
Finkelstein, again, tried to show that Nasser and other leaders were in fact hoping to avoid a confrontation with Israel, preferring to focus instead on modernising. It was Israel that wanted a war.
Through citing events from 1954 to 1967, the lecture presented the view that an unthreatened Israel carried out the 1967 attack on Egypt in its effort (with the grace of the United States) to destroy “radical Arab nationalism” and eliminate the chances of Egypt becoming a force to reckon with in the future. Instead, with Mubarak in power, it became a country that could “be pushed around.”
From here, the lecture became more inward looking, touching upon issues hotly debated in Egypt since the ousting of Mubarak. Among these is the Camp David peace treaty with Israel.
The treaty, he explained, came about as a consequence of Israel’s desire to remove Egypt from the Israeli-Palestinian conflict. The concern stemmed from Egypt’s military performance in the 1973 war that temporarily saw Israel pushed back in Sinai.
Sadat unilaterally agreed to peace in return for the Sinai Peninsula, which, according to Finkelstein, “freed Israeli’s military hand” to attack on other fronts. The 1982 invasion of Lebanon and the occupation of Gaza and the West Bank followed.
Finkelstein asserted that under Mubarak, Israel was guaranteed a calm southern front, and it pursued its attempts at cornering Iran with sanctions and mobilising for war against it.
This, the professor stated, is no longer the case. The first thing Israel said after Mubarak was ousted from power is that the attack on Iran is off.
Another consequence of Mubarak’s toppling, believes Finkelstein, is that the popularly rejected Camp David treaty may be renegotiated, although he doubts it will be renounced due to the reciprocal obligations a treaty entails, i.e. Israel left Sinai in exchange for Egypt making peace with it. Israel, Finkelstein said, trembles at the possibility of having to renegotiate with Egypt.
The revolution has brought Israel to face a fear it hasn’t had to contemplate since signing the treaty with Egypt. Israel is “afraid that the dignity of the Arab World, in particular Egypt, will be restored, that’s their problem,” declared Finkelstein. War, on the contrary, fills it with no fear since it has the upper hand militarily.
It was then the turn of Arab leaders to come under Finkelstein’s caustic analysis. Despite knowledge being a crucial asset for leading a country, Arabs – citing Hezbollah leader Hassan Nasrallah – don’t generally read, especially their leaders. “The complete guide to chewing grass” he cited as the only book Mubarak had ever read.
For this reason, Finkelstein explained, the Israelis weren’t afraid of Mubarak, but, in contrast, “they know ElBaradei reads,” to which the audience applauded.
His reference to the Nobel Prize winner and presidential hopeful Mohammad ElBaradei lead to him admitting his preference to see him become president because he “wants to restore the dignity and the pride of Egypt.”
It is precisely the prospect of Arab countries rising as powers and modernising, which destroys Israel’s war option, preventing it from having a free military hand in the region to use under the pretext that Arabs only understand the language of force. This, Finkelstein said, is the greatest threat to Israel.
The nullifying of the military option would create a climate in which the prospects for peace between Israel and Palestine have never been better.
Date 9/17/2011 10:02:00 AM No comments: Links