Peace, Propaganda and the Promised Land: Media & the Israel-Palestine Conflict 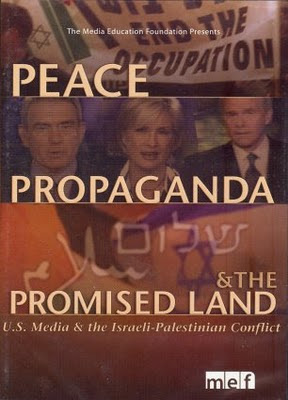 Peace, Propaganda and the Promised Land:
Media & the Israel-Palestine Conflict
A film introduced by: Media education Foundation
Written and directed by:
Sut Jhally & Bathsheba Ratzkoff
*********
I've seen a part of this documentary dubbed into Arabic on Aljazeera documentary channel and I liked what I've heard and seen in it.
Not to mention that I didn't really need to watch the whole film to judge it, I'm quite impatient so watching an 80 minute long documentary is more than I can take especially when it comes to the Arab-Israeli conflict for many reasons.
In addition, I'm not yet to decide about this issue since I've already had my point of view regarding it that I'll never change. Now I'm just enhancing it's validity even more.
Speaking from a standpoint of an average person living in any country allover the Middle East who has some interest in politics, the film doesn't offer something brand new.
However, it could be used as a very good argument in several occasions due to the nature and background of the interviewees and the speakers in it who are respectful scholars and journalists, former Israeli soldiers and also bright individuals such as the linguist Noam Chomsky, a worldwide reputed Jewish thinker that I appreciate myself.
*******************
Taken directly from the official website:
Peace, Propaganda & the Promised Land provides a striking comparison of U.S. and international media coverage of the crisis in the Middle East, zeroing in on how structural distortions in U.S. coverage have reinforced false perceptions of the Israeli-Palestinian conflict.
This pivotal documentary exposes how the foreign policy interests of American political elites--oil, and a need to have a secure military base in the region, among others--work in combination with Israeli public relations strategies to exercise a powerful influence over how news from the region is reported.

Through the voices of scholars, media critics, peace activists, religious figures, and Middle East experts, Peace, Propaganda & the Promised Land carefully analyzes and explains how--through the use of language, framing and context--the Israeli occupation of the West Bank and Gaza remains hidden in the news media, and Israeli colonization of the occupied terrorities appears to be a defensive move rather than an offensive one.
The documentary also explores the ways that U.S. journalists, for reasons ranging from intimidation to a lack of thorough investigation, have become complicit in carrying out Israel's PR campaign. At its core, the documentary raises questions about the ethics and role of journalism, and the relationship between media and politics.
**************** 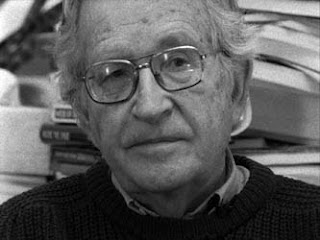 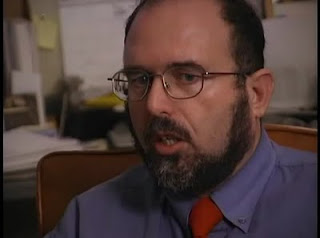 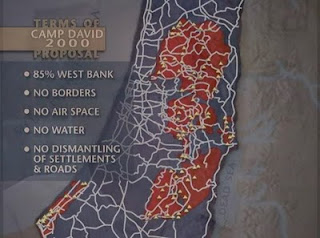 Terms of camp david proposal and how it was covered in American media are one of the most interesting
parts of the documentary
You could watch the full version in English on google videos via this link:
Click here
Enjoy!
Date 9/24/2010 03:30:00 PM