My story with Arabic Language

Well, I've never thought about writing anything related to the whole "Me, Arabic and Languages" thing before. However, I made a trial recently thanks to Multilingual Mania page I found randomly on Facebook and of course to Melanie, the admin of the page and the site who encouraged me to do it. http://multilingualmania.com/

This article can be helpful for Arabic teachers to non-natives and for non- native Arabic speakers who are learning or thinking of learning it. The multilingual mania blog has a lot of useful articles related to learning and teaching languages in general. Waiting for your comments on it :-)!
-------------

To be a teacher, you need to first become a good student”
I was taught to read and write way too young compared to fellow kids, having an aunt who is an Arabic language major student who used to teach me the classical basics of it since I was 5 to 6 years old. I have a special kind of relationship with Arabic language.

“Discover the beauty and richness of the language you teach” 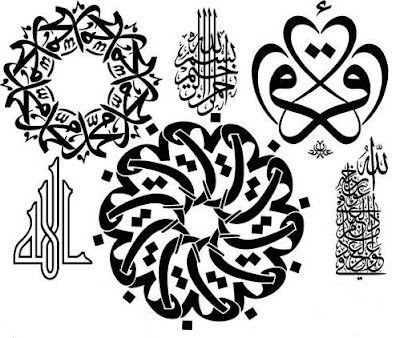 I become passionate about Arabic language, its history, literature, grammar and all arts. It has a very rich content and a precious heritage being spoken and understood the same way it has always been spoken since more than 1,000 years ago. This means that what was written in the old ages is still the same, with the same grammar and vocabulary, unlike most languages where you find great variations between classical and modern versions of the same language.
Since the time I started using the internet (2003), I have been doing language exchange with non-Arabic native speakers interested in learning Arabic-that was how I improved my English as well as Italian ( I focused on them as I studied both academically) and learned the basics of other languages such as Spanish.
Later on, I decided to teach Modern Standard Arabic as Egyptian dialect to non-natives, especially English speakers.
“Learn about other languages and never stop”
I still do language exchange with people of different nationalities, as I think learning more about different languages is the best way to know about common mistakes non-natives tend to make due to interference with their mother tongue.
I believe that the more teachers learn about other languages, the more efficient and better they become while teaching their mother languages to foreigners. You can always find something similar in other languages to the language you teach that would make it easier for both you and your student while teaching.

“Hey, did someone here say Arabic is hard?”
Moreover, Arabic language tends to have some specifications and characteristics that may be absent in other languagse, which is why it’s commonly known to be harder to learn when compared to other languages. Well, this is not very accurate. Based on what I’ve read and experienced with non-natives, I can say that Arabic is not really that hard, it just requires more patience, commitment and determination.
You may sometimes feel disappointed and feel that you have not learned anything at all, and it may sometimes seem as if there is just too much to learn. This doesn’t necessarily mean Arabic is hard-it’s a rich old language, so think about it that way! When facing some challenging matter in life, we should never give up on it-we only need to believe that we will always lack knowledge and need to learn more about it. No one will ever know everything about something… but still, there are those few bright hard-workers who believed in their abilities and therefore managed to learn a lot about something. Try to be one of those people then!
About the Author:  A university student majoring in Biotechnology and Genetic Engineering while teaching Arabic part-time as a foreign language in Cairo, Egypt. She has deep interests about foreign languages and cultures around the world. You can frequently find her writing on her blog, In All Languages.

Check it out here


Thanks a lot Melanie, the author of Multilingual mania blog for giving me the opportunity to share my experience with learning languages and teaching Arabic.
Date 4/14/2010 01:20:00 AM

Email ThisBlogThis!Share to TwitterShare to FacebookShare to Pinterest
Labels About Me, English

Assalamu alaikum,
I wish I could also learn a little of Arabic language.
Sister, thank you for sharing your experiences of learning and teaching arabic and other languages.

Inshallah you will learn more and more every day and the knowledge you gain is useful for you and the others! I recommend you this site http://www.lqtoronto.com/. They teach Arabic, my wife studied from their DVD's and she progressed a lot. They make everything for the sake of Allah, there are no fees.