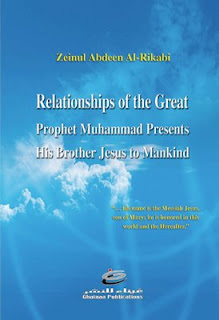 The prophet Muhammad presents his brother Jesus to the mankind.

(A religious, historical, humanitarian, and ethical reality that shouldn't be denied is is that prophet Muhammad (blessings and peace be upon him) presented his brother, the Messiah, Jesus, son of Mary, to the world community in a most superb image).

to get the book in English and read an introduction to it:
http://www.muhammed-jesus.com/indexe.php

Which is an online Islamic library.


((This site allows you to do a search throughout all the books listed at the same time.

To the best of our knowledge, none of the books and images throughout our website are copyrighted.


If you find any copyrighted material, please email us so that we can remove it, or secure permission to make it available here)).


Some of their exclusives you will find on this page:
http://www.islambasics.com/index.php?act=list&cat=exc&page=1

2-The Islamic concept and its characteristics
By: Sayed Qutb

Every soul shall have a taste of death 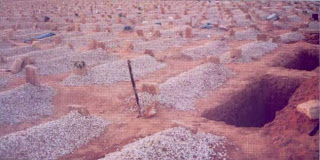 "Every soul shall have a taste of death: and only on the Day of Judgment shall you be paid your full recompense. Only he who is saved far from the Fire and admitted to the Garden will have attained the object (of Life): for the life of this world is but goods and chattels of deception."

Few days ago, a 21-year-old friend of mine called Mostafa(known amongst us by Adam) died of Hodgkin lymphoma cancer (type of malignant tumors) that they discovered during the year of 2007 …

The story of what happened is quite long but I'm just shocked and I'm not able to talk much about it..

Habib al-‘Abid reports: Once, when I arrived in al-Basrah, I was surprised to see that the markets were closed, and the streets empty.

I called out: “O people of Basrah, is this some kind of holiday of yours that I am unaware of?”

Someone answered: “No, but al-Hasan al-Basri is in the main gathering place [of Basrah], giving a speech to the people.”

I hurried to his gathering, and when I arrived there, I saw him sitting down on some high ground.

“O people, prepare for departure, for very little time remains from this world.
Prepare to move [to the hereafter], for there is no way to stay here.

Do you not know that you will soon be surrendered to the place of trial [i.e. the grave, Hereafter, etc.]?

Do you not know that each one of you will soon be alone with his deeds and that you will be presented [with your deeds] to Allah on the Day of Judgment?

He [subhaanahu wa ta’aala] forbade you from sinning, but you have not stopped sinning.

He [subhaanahu wa ta’aala] has encouraged you to seek out Jannah, but you do not [seem to] desire it or long for it.


He [subhaanahu wa ta’aala] [threatened] you with the Hellfire, but you are neither afraid nor terrified of it.

Your white hairs are warning you of approaching death, so what are you waiting for?
O white-haired one, you are able to perform good deeds, so what is your excuse?

O one who obeys his mouth and his desires, who wastes his share of the akhirah by taking his entire share in this world, who persists in committing sins and evil deeds, if only I knew: what your excuse will be before Him [subhaanahu wa ta’aala]?

What argument will you put forth when you go to Him [subhaanahu wa ta’aala]? You are lost and misguided, so ask Allaah, the All-Mighty, to forgive both me and you.”

Brothers and sisters, remember him in your prayers, please..

and ask Allah Almighty the forgiveness for all of us..